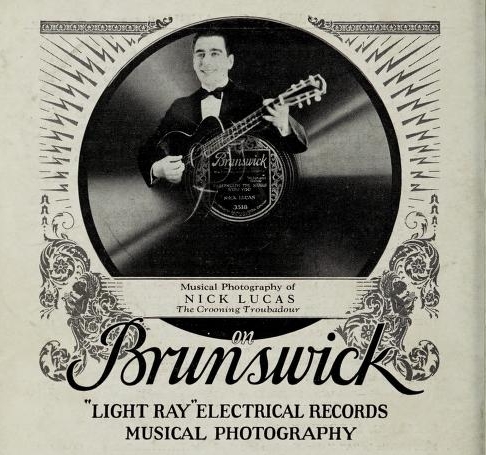 The beginning of a new year is an appropriate time to review the progress of the Discography of American Historical Recordings, what we've accomplished and what the future holds. All master recordings made by RCA Victor before 1938 are now documented in the DAHR database, as well as popular music released through 1942 on the company's 10-inch black label series. We recently added downloadable text of John Bolig's comprehensive discography of Bluebird Records. In 2019 our Victor work will continue its chronological course, giving special attention to ethnic market releases and masters imported for release on the company's Red Seal issues.

In 2018 we completed text conversion and import of more than 87,000 U.S. Decca masters, as documented in Michel Ruppli's outstanding six-volume Decca Records discography. In 2019 we will complete addition of Brunswick label masters to DAHR, as documented by Ross Laird in his definitive 2001 discography. (Keen observers will notice that Decca's New York City master number series picks up pretty much where Brunswick's sequence ended. Executive Jack Kapp ran Brunswick Records before he co-founded U.S. Decca in 1934.)

The expansion of the Discography of American Historical Recordings is not restricted to text. Streamable audio for thousands more master recordings will be added in 2019. Our ongoing Edison Diamond Disc documentation now includes 5400 matrix records and nearly 2000 audio files, all downloadable. More will be added weekly. By the spring of 2020 DAHR will provide audio files for every Diamond Disc that we can locate. 2019 will see new features added to the DAHR website, collaboration with Mainspring Press on new projects, and the addition of audio from many other labels.

Thank you to our users for their encouragement, and to our funders, the Packard Humanities Institute, the National Endowment for the Humanities, and the University of California Santa Barbara, for their support.

Our hearts go out to you, Canada (Columbia Matrix 46745, take 6 was recorded by Henry Burr in New York, New York)