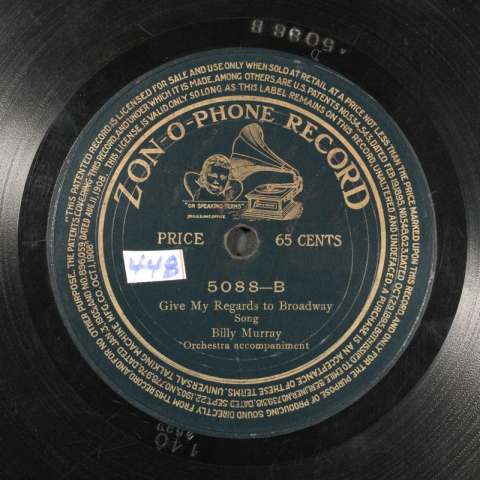 We are very pleased to announce that this week we added approximately 15,000 audio files to DAHR. The discography now features more than 30,000 sides from historical recordings made between 1900 and 1941. (Click here to see all audio available online.) Audio new to the website includes masters made by Columbia (and Columbia client labels), OKeh, and Zonophone Records, as well as thousands of sides recorded for Victor and Edison. The audio files new to DAHR are accompanied by high-resolution images of the original disc labels. A new player has also been developed for the website compatible with iOS and Android devices.

The rights to Columbia, Victor, and OKeh Records are controlled by Sony Music Entertainment, which has graciously permitted the University of California Sana Barbara to include these files. Recordings on the Edison and Zonophone labels are considered to be "orphan works," for which no intellectual property owner can be identified. Audio from these companies included on the DAHR website is downloadable.

It is hoped that access to these historical recordings will provide grist for scholars of early recording in the United States, as well as enjoyment for all users. The new collection of audio includes many multiple takes of the same selection by a single performing entity, enabling users to trace the evolution of acoustical recording technology and changing performing practices.