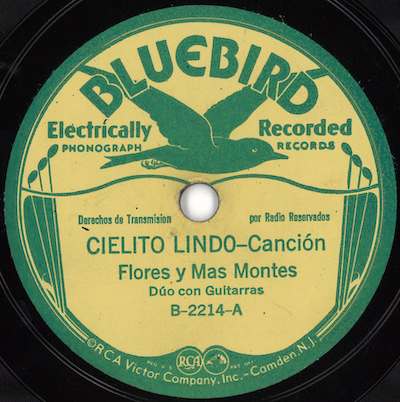 The UCSB Library has been awarded a prestigious grant from the National Endowment for the Humanities (NEH) for the “The American Discography Project-Victor and Bluebird Records Access Initiative.” The $349,721 grant will allow the library's editorial team to complete discographic work on 14,000 Victor and Bluebird recordings from the 1940s, and to digitize and stream to the public an additional 8,500 recordings from the UCSB Library’s vast archive of historical sound recordings. The content will be freely available to the public through DAHR.

This initiative will complete the Victor portion of DAHR through 1950, a project initially begun by William R. Moran and Ted Fagan in the mid-1960s. Content to be digitized includes U.S vernacular and popular music, ethnic recordings, and Victor’s Latin American catalog. Prior support from the NEH and the Packard Humanities Institute has funded the creation of portions of DAHR, as well as the digitization of thousands of early Victor, Columbia, and Edison disc recordings that are now available legally, for free, online. Through partnerships with the Library of Congress, Sony Music Entertainment, the Arhoolie Foundation, and other archives, DAHR presently provides curated access to over 40,000 recordings from UCSB’s and other collections. The NEH announcement can be found here.