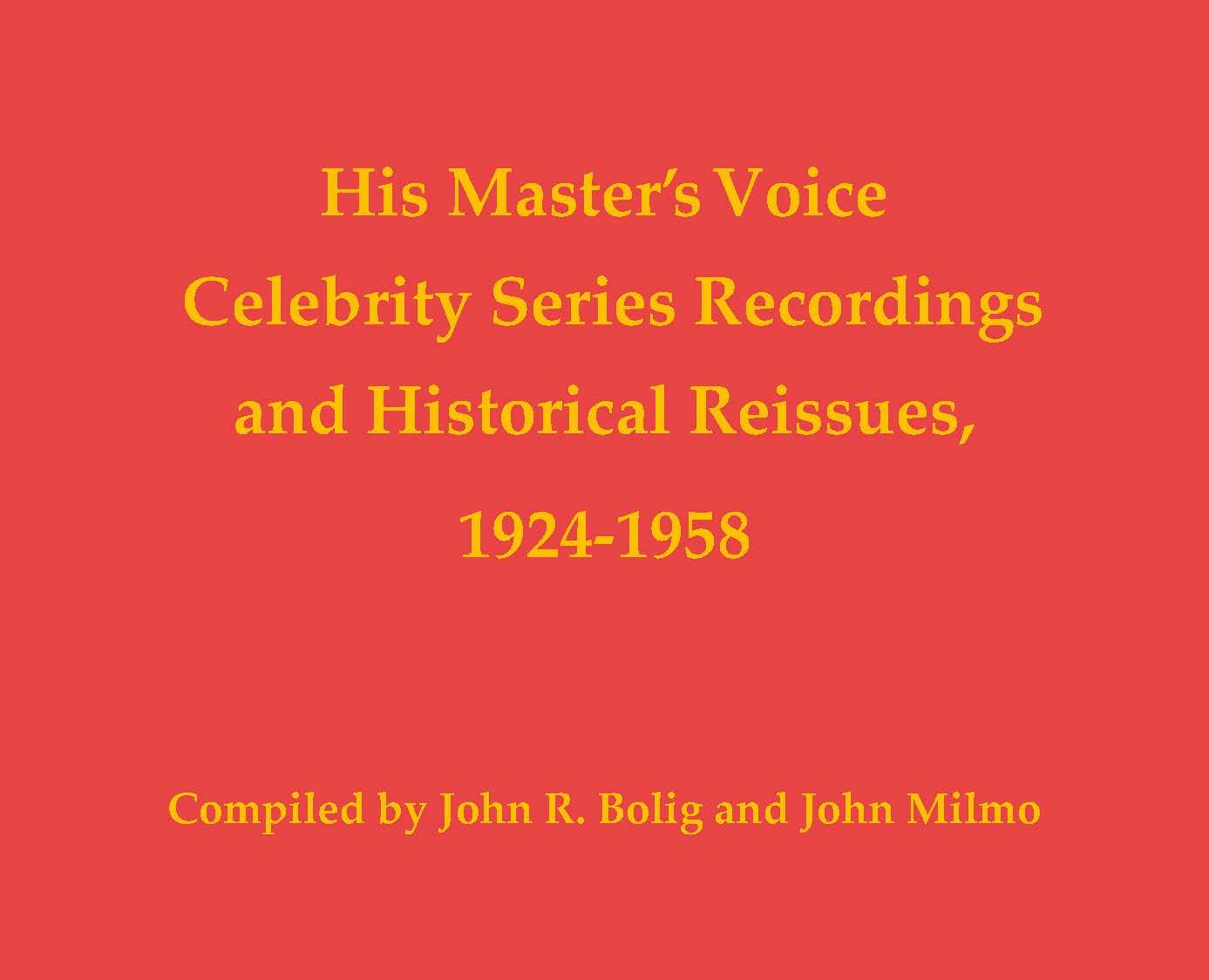 The American Discography Project is pleased an announce the publication of a new ebook by John R. Bolig and John Milmo, His Master’s Voice Celebrity Series Recordings and Historical Reissues, 1924‐1958. Continuing the work of Gramophone Company/HMV discographer Alan Kelly, this new publication documents 14,495 double-faced issues produced by the company during the 78rpm era.

Roughly equivalent to the Victor’s Red-Seals, the Celebrity DB and associated series were the prestige classical issues from the company, marketed throughout their territories. Through their business arrangements with Victor, masters were leased back and forth across the Atlantic, so many Victor recordings appeared in the DB series in Europe and many HMV masters appeared on Victor Red Seals.

When Alan Kelly died, he entrusted his unpublished data and research work to John Milmo and John Bolig. Shortly thereafter, the two men began a collaboration to complete some of Kelly’s remaining work including this mammoth undertaking. It is presented in the style of John Bolig’s other discographies, listing recordings by catalog number, not matrix number. Many of these recordings are also in DAHR, but HMV masters not issued in the US and post-war material have not been added to DAHR yet. There is substantial new data here that we feel will be of interest to many DAHR users.

Finally, you may wonder why the American Discography Project is publishing an HMV discography. The original scope of the project was to include recordings by as many American companies of the standard groove era as we could get data (and funding) to add. However, the recording industry was global from the very beginning. Victor was recording and selling records in Asia and Latin America all the while selling jazz and classical records through its partners in Europe, so these boundaries have always been fuzzy. DAHR editors are intentionally letting these boundaries get fuzzier, especially when the expanding scope of the database and publications like this can aid in the study of early sound recordings. Expect more fuzziness to come.

An evening with the minstrels, no. 5 (Victor Matrix C-1071, take 7 was recorded by Minstrels [Victor Records group] in Philadelphia, Pennsylvania [unconfirmed])