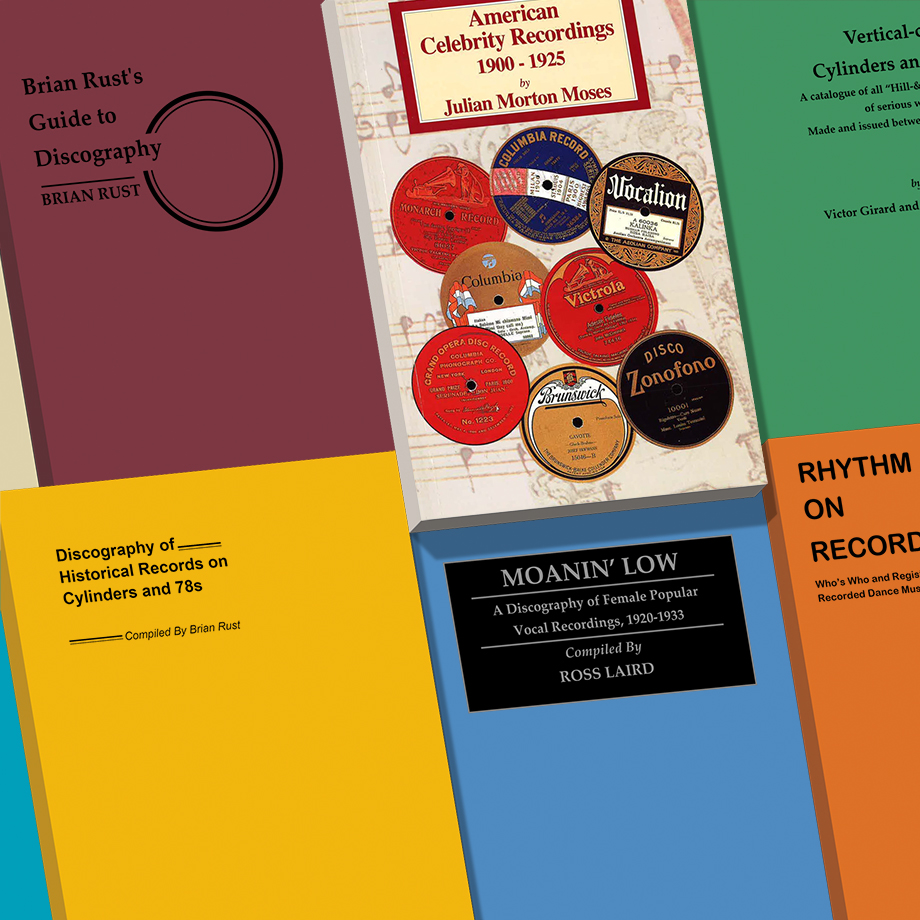 The American Discography Project at the UC Santa Barbara Library is pleased to announce publication of six additional eBooks in the UCSB Historical Discography Series. The new titles are:

Originally published between 1936 and 1996, the books range from the first published survey of dance bands on record, to Julian Morton Moses's early book on operatic recordings, the iconic (but problematic) long out print Vertical-Cut Cylinders and Discs by Girard and Barnes, as well as relatively recent topical discographies by Ross Laird and Brian Rust. Rust's survey of the field of discography in 1979 is an interesting historical document as it was published at the midpoint of the field of discography, roughly 40 years after its founding in the 1930s and roughly 40 years before the present day.

Funding for licenses for the ABC-CLIO titles was provided by the Library of Congress National Recording Preservation Board (NRPB).